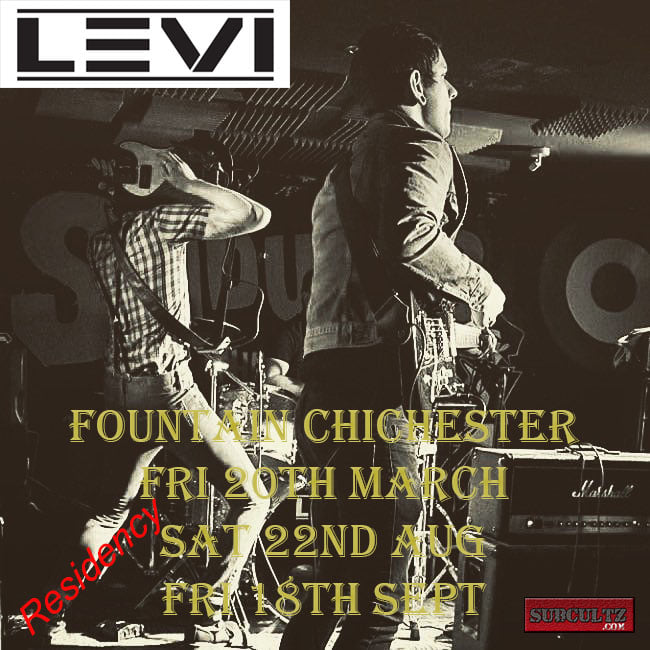 Tickets for 2016 are available HERE

TEAR UP from Watford, A brand new young oi! act

Dekkertones a leading British Ska Tribute act, to get the party started

SPECIAL GUESTS WILL BE ANNOUNCED AT THE EVENT

Bands and DJ’s wishing to perform, all info and enquiries, contact Symond at subcultz@gmail.com

The Great Skinhead Reunion Brighton Every Year, the first weekend of June, Skinheads come from across the globe to Brighton seafront. for full event details go to www.subcultz.com

FULL 3 DAYS EVENT, YOUR WRISTBAND IS VALID THROUGH OUT, YOU CAN USE IT FOR AS LITTLE, OR AS MUCH AS YOU WANT. THE EVENT WILL SELL OUT, AND THERE WILL BE NO ADVANCE DAY TICKETS AT A REDUCED DAILY RATE , IN ADVANCE.

The line-up maybe subject to change, as so many band members and dj’s are involved. Babies coming along, alcohol, world wars and famine can be unforeseen, but the Great Skinhead Reunion, is more about coming to Brighton to see all your friends and making some more, for 3 full days of mayhem.

Brighton is situated on the south coast of England, approximately one hour from London. London Gatwick is the nearest airport. There are regular direct trains and National Express buses. The next nearest is Heathrow,  There are also direct trains from Luton Airport . Its advised not to fly to Stansted, as this is a long way, and you risk losing valuable drinking time

Lloyd Brevett (2nd left) in the company of his friends and fellow musicians.

One of the founding members of The Skatalites Band, Lloyd Brevett is dead.

Brevett died at the Andrews Memorial Hospital in St. Andrew this morning at the age of 80.

In October 2001, he was conferred with Jamaica’s fifth highest honour, the Order of Distinction and in October 2010, he was awarded the Silver Musgrave Medal for his contribution to music.

The musician’s son Okine Brevett was killed in February after collecting an award on his father’s behalf at the Jamaica Reggae Industry Association Awards at Emancipation Park.

At that time, the former upright bass player of The Skatalites was said to be too ill to collect the award.

Lloyd Brevett, the upright bass player for the legendary Skatalites, has passed away at the age of 80 in St. Andrew’s Parish, Jamaica. Brevett had been hospitalized a few weeks earlier due to a series of seizures and a stroke. While he was already in poor health, Lloyd’s health began to decline following the tragic murder of his son, Okine, in February of 2012. Okine had just accepted an award on behalf of his father earlier that night, but the celebration was cut short after he was accosted not far from the Brevett home.

Lloyd Brevett’s musical legacy cannot be understated, although his name sometimes does not get as much mention as other Skatalites members. Lloyd was introduced to the bass at a young age, as his father was one of Jamaica’s first jazz bass players. His father taught a young Lloyd not only how to play bass, but also how to make his own upright bass. As a young bass prodigy, Lloyd would be exposed to many local bands and players through his father’s work, meeting other up-and-comers like future Skatalites drummer Lloyd Knibb, who was learning how to play drums from Esmond Jarrett, who was playing with Eric Dean’s band at that time. Both Knibb and Brevett would eventually go on to play with Eric Dean’s band (as well as many other club and hotel bands), and from there, both became highly sought-after musicians in Jamaica.

As the recording industry began to take off in Jamaica in the late 1950’s, Brevett found plenty of session work, where the best of the local musicians would find themselves doing many sessions together for various producers. It was at Studio One, however, where the core group of musicians that would eventually become the Skatalites recorded some of the most popular tunes of the early 60s. Sir Coxsone would play his Studio One productions at his Downbeat sound system dances, and as the local demand for buying these records grew, Coxsone figured that the people would want to know the name of the band that everyone was dancing to. Coxsone then assembled his finest group of session players, and attracted the talents of other in-demand players like Tommy McCooke (who was working in Nassau), Lloyd Knibb (who was working in Montego Bay) and Lynn Taitt (who was working with Byron Lee and Count Lasher, as well as his own groups), and thus the Skatalites were born.

Lloyd Brevett’s bass work was quintessential to the Skatalites’ sound, even though his bass lines may not always be all that easy to define. That was really his genius coming through, though. Although he learned the instrument from his father, Lloyd had been developing his own style based on all of the styles he played in his earlier career, as well as his understanding of drumming styles like burru and mento, which were uniquely Jamaican. Listening to certain Skatalites tunes, it can be quite difficult to pick out just what Brevett is playing; at times he seems to be all over the place, but it becomes apparent that every note is exactly in its place.

Brevett was also crucial in the transition from ska to rocksteady, as he was the bass player for the Soul Vendors, the studio band that rose from the ashes of the Skatalites and the Soul Brothers.

This is Lloyd Brevett’s legacy; the sublime beauty of his musicianship, a crucial foundation of the ska beat, and a true Jamaican legend. His music will live on in his numerous recordings, from ska and rocksteady to roots and dub, and his memory will endure as one of Jamaica’s best known and most-beloved bass players.

If you would like to donate money to the fund for both Okine and Lloyd Brevett (for funeral arrangements and hospital bills), please see the information listed below. Even though Lloyd was a US citizen, he was unable to receive any health or social security benefits while being hospitalized in Jamaica. His wife (Ruth Brevett) and family would appreciate any assistance during this tragic time. Rest In Peace, Lloyd Brevett.

Another Chance is Czech street-ska-punk since 2010. Home town of Another Chance is Bruntál. Bruntál is at northeast of Czech republic – at Silesia. Band is four members: Tommy – sing, lyrics, music and lead guitar, Jakub – bass guitar, Petr – trumpet and second vocals and Pavel – drums. Band is formed in part on former members of no idle ska band Náhradní Program. We play fusion between classic punk-rock and ska. Lyrics are primarily about entertainment, us, our future, and last but not least, about drinking. There is no politics as in other Czech bands. We are behind about 20 concerts in Silesia. We have a young, cheerful band always head upwards. We are not pure skinhead band, but we are punks and skinheads in one. Bands Perkele and Stomper 98 are our largest models, but we do not copy anyone, our style is ours and it is different than any other band.

Here is a link to our music profile at Czech music server Bandzone.cz and profile at Facebook: http://bandzone.cz/anotherchance http://www.facebook.com/dalsisance Here is our Youtube channel: https://www.youtube.com/user/tmazal At this sites you can find our music, pictures, movies and lyrics. We are Czech band, so our lyrics are in Czech language. We would like to greet all the listeners oi! and ska around the world. Oi! to the World. Be happy and proud, thanks, Tommy, Another Chance

The Champions Inc. is the name of my skinhead reggae band, we are a 6 piece band from California(San Jose/San Francisco) who play around California. We cover some reggae favorites and write original music as well. I sing, my husband plays guitar and we gatheres our friends together for this project. We hope to get you moving on the dance floor and have a great time doing it! CHeck out our website  to link up to our facebook fan

page and keep up to date with our shows, etc…