Home  /  Punk   /  The big picture: punks and skinheads in harmony against Racism 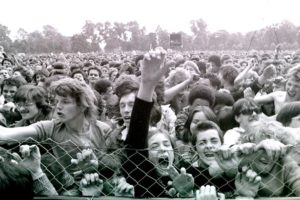