I didn't really know what to expect

I had been browsing through facebook and stumbled on a page, which mentioned a Skinhead Reunion. I had long forgotten my youth, the music and times had been tucked away into the broom cupboard of my mind, the fading photographs in a weathered cardboard box.

But I have always liked Brighton, a bit of 2tone on the radio always brings a smile, as I sit stuck in London traffic, a welcome interlude from the usual Simon Cowell Karaoke imposed on me.

As the train rumbled out of Gatwick on the home run to the south coast, my thoughts were taken by the ‘shish’ of an opened can and the unmistakable Belfast accent of two very smartly dressed skinheads.

I didn’t know tonic suits were still being made, but these guys looked a million dollars, the brogue shoes shined to a mirror. Chattering like a pair of excited school kids they noticed I was wearing a fred perry

with close cropped hair, which was my subtle way of getting involved, I guess the skinhead culture has never really left me, a Ben Sherman or pair of Levis has been a permanent part of my wardrobe since 1978

"Alrite mate Eamon, where you from" the first skinhead said as he stretched out his hand, passing me a fresh can of lager.

Until that point I wasn’t even sure if I would attend the skinhead reunion, I hadn’t been to anything in years, even I had been aware of the media version of skins, and wasn’t sure if that was true or not, I know we were the bad boys in the school playground, and there were a fare few crazies involved back in the day, but these two guys were like stand up comics. I real breath of fresh air. Call it a mid life crisis if you like, but I felt great, I don’t think I have ever been welcomed by two strangers so warmly in my life.

Hitting Brighton we made our way to the seafront, the sun was shining, the gulls screaming. The fresh air of the English channel immediately started to wash the stale polution of London from my lungs.

First stop was to be the Friday afternoon meeting point. The Modern World Gallery on Madeira Drive,the scene from Quadrophenia movie was replaying in my mind as we walked along, the noise of the pier

and streams of tourists soon was replaced by the sounds of Jamaican Ska blasting over the Street. I small crowd of well dressed skinheads were already milling about. As we approached they all turned to see us.

Instead of the old style stand off that skinheads always used in the old days, once again the smiles were immediate. Everyone introducing themselves and eachother, more beer was handed over and the party began.

I was amazed to see several good looking ladies with feathercuts, perfectly styled clothing, dancing in the street, the tourists watching on, unsure of what they were witnessing, 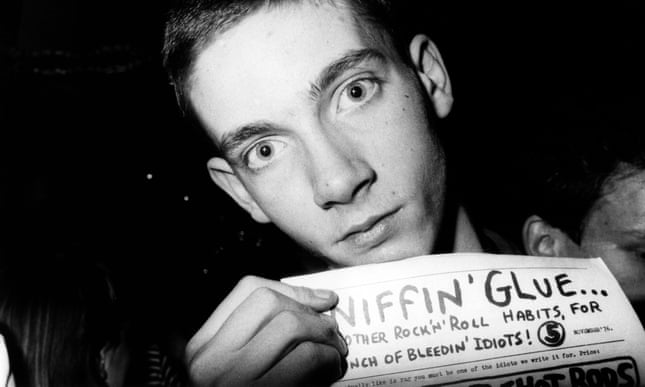 ‘Punk was like a bomb going off. By issue four, we were talking about taking over the music business’

The first album by Tear up will be the first official release from Subcultz records. One of the UK best new Oi! bands that have literally been tearing up the British scene over the last year. And now its been