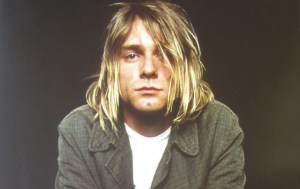 That’s right. I am calling it a mental health crisis, because that’s what it fucking is.

There’s no real need, from where I am sitting right now, to ‘sell’ the importance of addressing the ever-presence of mental illnesses and lacklustre well-being in our music industry.

The fact of the matter – if you have a heart, that is – is that people are dying. People will continue to die if we do not deal with this sooner. And more of them, more frequently than ever before.

However, I recognise that we live in a country, indeed a world, that finds it perfectly acceptable to walk past the homeless, impoverished and (more often than not) the mentally ill in the streets whilst they are actively asking for their help, ignore them, and somehow still sleep at night. (Honestly, if you are one of those people, good for you. I really mean that. I just can’t fucking do it, despite trying.)

So when it comes to a vehicle that was largely born out of selling a particular image of the perfection of human creativity – ie. the music business – you’ll have to forgive me for assuming that many people, including those we all deal with on a regular professional basis, need a degree of poking and prodding on the subject in the headline above.
In music, mental health – and indeed the issues and ailments surrounding it – is fashionable. It is a hot topic. A buzz phrase.

On the odd occasion, I have even witnessed it become so pervasive that depression and anxiety seem more like marketing drivers, rather than illnesses and conditions to be identified and treated seriously.

However, I am not resentful about this situation (or, truthfully, as much as I have been in the recent past). Every art form, including music, must necessarily have a business element in order for it to get, well, anywhere. And anger isn’t going to help a goddamn thing.

Fact: depression, anxiety and, ultimately, suicide, as far as the artist community is concerned, historically results in a surge of sales (or I guess streams) for the affected artist.
This, for the business enterprise concerned with these acts, deserves serious contemplation. As does the wider narrative which surrounds these situations. (Question: would anyone have given a shit about Nirvana if Kurt wasn’t so visibly fucked up?’)

“THE MUSIC INDUSTRY SAW THE THREAT OF PIRACY AS CLEAR AS CRYSTAL… THE MENTAL WELLBEING OF ARTISTS IS A NEW THREAT, ONE WHICH CARRIES MORE GRAVITY.”

It is therefore no surprise to me that there is a rather large barrier to orchestrating any meaningful form of change, given that we sensationalise illness to this point.

Our propensity to get all ‘Candle In The Wind’ about it as soon as a cultural tragedy befalls us, always beckons into view a lens of possibly profiting from it somehow.

And yet, the ongoing narrative today suggests that we may be warming to the gravity of the problem. I do not believe, however, that this warming is happening nearly as quickly as we need it to.

I am writing this to make the argument for pan-industry (trade bodies, private companies, public companies, PROs, musicians, fans, and indeed any other stakeholder I currently can’t think of) action on dealing with our mental health crisis.

This must inevitably be done in the context of money, which I have come to appreciate is generally the single language that the world can best understand.

The music industry saw the threat of piracy as clear as crystal on that basis. So hopefully this will have a similar effect in terms of generating a similar degree of response – both in terms of volume, and indeed unity. The mental wellbeing of artists is a new threat, one which I believe carries more gravity than our historic realisation that we cannot control, nor indeed destroy, the internet.

So there you go: I’m after money. Not for me. For us. Specifically, for further research into the conditions that I believe either stimulate pre-existing and unmanageable addictions or behavioural tendencies, or, in worst case scenarios, create the nuances that lead us into depression or anxiety, or both.

We then also need some more money based on the outcome of this research – hopefully to tell us how the fuck to deal with this. Training. Experience. Awareness. Identification. Treatment. All of it.

From what I hear, the industry is now swimming in money again. So what is the largely-financial argument I need to make in order to render this cause something that pretty much anyone can get behind?

Here it is: we are fucking ourselves as a business by not adequately providing the knowledge base – or the degree of fiduciary responsibility to pretty much any stakeholder (i.e. those which I have referenced above) in the music industry – on how to correctly identify and deal with mental health-related issues.

We are losing money, rooted in consequential loss as opposed to just pure economic loss.

Bluntly put, what good to us is a dead artist? Or a dead product manager? Or a dead fan? Can you make money out of them, in the long-term?

“WE ARE F*CKING OURSELVES AS A BUSINESS BY NOT ADEQUATELY PROVIDING THE KNOWLEDGE BASE ON HOW TO CORRECTLY IDENTIFY AND DEAL WITH MENTAL HEALTH-RELATED ISSUES.”

Let’s take one of the more abstract (as least as far as I am concerned) recent examples of an incident occasioning mental health issues – Chester Bennington (pictured, main).

How many team members, such as a product manager, an A&R, a tour manager, will  now not have a job as a result of that artist no longer being alive? How much income from live outings or record sales are lost due to the festivals he will no longer play or songs he will no longer write? How many people will now not start bands, or labels, or management companies as a result of not being inspired to do so by a person of such creative and fiscal importance?

I would otherwise talk about Scott  Hutchison, which admittedly – even as a slight positive – has inspired me to put this column to writing at this time. Because the issue is too important now, isn’t it? Because he was one of ours, wasn’t he?

Hopefully you can understand why, at this time, basically I can’t talk too much about Scott.

I’ll concentrate on the guy I didn’t know to get this across, otherwise I won’t be able to concentrate at all.

It is very easy for me to sit here and preach about this. But it is something that we put into practice on a regular basis at Killing Moon, in respect of most if not all of our monetised businesses. And it isn’t just coming from me either, given that my staff and I are quite unified in this quest to put a heart to the motherbrain of the re-ignited music industry.

I love picking on my management assistant Rob as an example most of the time (in the nicest possible way, of course). In this context, that’s especially true – given that the following event took place on his very first day in the office, back in September 2017.

Whilst getting used to our systems and indeed my own nuances/cursing out loud, we rather abruptly received the offer for Annabel Allum, an artist I had been managing for around 2.5 years at that stage, to support Beth Ditto on her entire EU (still counting the UK in that y’all) live run in October 2017.

This was seemingly our moment that we had been waiting for and we had to act fast.

We had a grand total of about five seconds to say yes to the tour, and then I had about a week to find the money in order to make it happen.

Rob, utilising his rather extensive experience as a touring artist himself, was put to the task of organising the routing, hotel bookings and air/ground transportation for the tour. I’ll leave you to decide which task was more laborious, and which one was more stressful.

By the next day – and obviously at this point we had confirmed that this was all going ahead – Rob did a rather brave thing. He told me he thought Annabel shouldn’t do the tour.

At this point, I am Mo Farah on the final run up to the finishing line at London 2012, and this guy is in my fucking way.

It begged the question, ‘Why, Rob? Why would you try to fuck this up for us?’ And so the question was asked. The response needed  to be said: ‘I am a touring artist with nearly 10 years’ experience. The routing is far from a nice, coherent oval shape. It is a fucking spaghetti junction. If Annabel misses one connecting flight or bus, it will consequently fuck up the rest of the tour dates. It will take an immense toll  on her physically and mentally, and that will really have a direct knock-on effect onto  the quality of her performance.

‘I’m not sure I could do it, and right now, on paper, I’m really not sure it is in her best interests overall to do this in this manner.’

We also semantically debated the merits of sending a young woman, on her own, in these circumstances, into central Europe for the very first time. Not that we want to seem patronising or anything.

The net effect here was that, on reflection, we needed to get more money to ensure  that Annabel could eat, sleep and travel in a manner consistent with dealing with a venture of this magnitude.

Which basically means I had to get the credit card out. I also needed to go out with her to the first show, make sure she was acclimatised to Beth Ditto’s crew and live environment, and that she could generally get into the swing of the touring routine. Which, to be honest, I can’t even do myself having ended up as tour manager/merch boy on several tours back in the proverbial day myself – lasting about three days before I started crying, and wanting to go home.

Beth Ditto, on the first date of the tour, invited Annabel to travel with her on the tour bus. Why? “Because she used to be me,” Beth told me as I said goodbye following the sold-out show at Copenhagen’s Vega venue, whilst she was talking to a bunch of fans that had waited outside the stage door after curfew to just catch a glimpse of her.“ No way in hell am I letting her travel alone out here by herself. And I wish someone did that for me when I was her.”

So, that was £2,500 on PDs, travel and accommodation well-spent. And I really, really mean that.Music Business Worldwide.

Promoters are often overlooked in the music business, probably one of the hardest jobs there is, because of the risks involved. The mammoth hours trying to convince people to come along to the show. In modern times the online abuse, a promoter can be the target of. Then the responsibility of the event itself. making sure you have enough money raised to cover the events cost, and to hopefully earn something for your own time. Bankruptcy and breakdowns is a regular for the promoter. Even friends think its cool to come to the show without any financial support. Artists often demanding payment and treatment well above their own value. This all weighs on the promoter, nights of non sleep and anxiety .