Leaving my abode at 6:30 and wheeling down Brighton seafront in, I just couldn’t sit still.  The drizzling rain and icy cold didn’t stop me from hurtling down towards the venue, eager to see a band that I had been awaiting their return to the Sussex since Oct 2012. Upon my arrival I met up with a close friend of mine [Captain Morgan] whom has loved WEDNESDAY 13 since the age of 11, including many other blood hungry fans lurking around outside including the usual drunken weirdos! So, after I’d gotten myself the usual I was ready to hear some good n loud stuff from the first support ORESTEA, a five-piece, South East UK Rock band, continuing their ‘uplifting energetic musical approach’. I was somewhat a little surprised as to lovely the vocals were, powerful, empowering and inspiration were my first immediate thoughts. Although the structure of the band is a little to soft and basic for my taste, I felt the front-girl (Lisa Avon), presented us with a great show! Their most well-known songs are their self-release debut EP, ‘Shadows Of Yesterday’, and their 2010 release ‘Your Own Mistake’ – Official Video here – www.youtube.com/watch?v=s8jyhGx93fQ, Twitter : www.twitter.com/orestea, Facebook: http://www.facebook.com/oresteaband~

When the first support band had ended, I headed off to get some air, another drink and chat with others about 2013’s future line-up of gigs and festivals. Although the second support of the night wasn’t far behind so myself and my fellow head-thumpers (Rowan and Captain Morgan) made our way to the crowd gathering by the stage to get a good view. As the music started, there was a series of loud cheers from the barriers in front of the stage noting that SISTER, ‘The sleaze/punk influenced metal outfit’ from Stockholm in Sweden, slowing mooched out in front.  Their incredibly Gothic Ramone-like style was almost overwhelming as the screamed loudly at their hyper gathering. I was very impressed by the overall enthusiasm of the band and how the guitarist’s (Lestat) riffs were super fast! The drumming by (Cari) was making everyone around me thrash which in history of gigs, is always a good sign, but the backing vocals from all the members, including main vocalist (Jamie), really was the bath-bomb in the bloodbath! Some of my most liked tracks of the night included, ‘Too Bad for You’ and ‘The Unlucky Majority’. SISTER’s YouTube Channel : https://www.youtube.com/sisterofficial, Twitter : https://twitter.com/SISTER_official, Facebook : http://www.facebook.com/sisterband~

Even though I was psychically exhausted from waving my arms around, me and my friends were really pumped for seeing highlight of the evening ..WEDNESDAY 13. After I relaxed in my chair for a few minutes, the intro music (Death Arise) to The Dixie Dead, (WEDNESDAY 13’s new album), crept up slowly onto the audience, making us all scream in horrific passion. For those who don’t know this band very well, or have heard of them, I can tell you now, they are really amazing live and put on a terrifically terrorizing show! Their music genres between horror punk and psychobilly rock, which personally are my favorite sounds to rave around to at home, muahahaha!! So they began the insanity with ‘Blood Sucker’ motherfucker! My favorite song fro The Dixie Dead ‘Get your Grave on’ was played after and I must admit I went a little fan-girly when half-way through the show they played ‘I Love To Say Fuck’, after all it is my 4th ‘most played’ song on Itunes! Then, after a few other tracks (of which I was too pissed to remember), ‘I Walked With A Zombie’  was played and Wednesday 13 sang it brilliantly! It made the crowd go wild, front and back of the crowd, creating a small mosh for a few minutes.. was tempting to drive into hehe! After my frantic headbanging and spinning in my chair, the gig came to a gory/sweaty end, if which I almost fainted driving outside. All in all, a pretty fun frightening night and I definetly hope to see WEDNESDAY 13 again in the near future! ALSO I RECOMMEND SEEING THEM AT A VENUE NEAR YOU!!! Here are the tour dates for March 2013 starting from yesterday : The Fleece – Bristol [Thursday 7th March] TONIGHT! More dates here – http://wednesday-13.com/?page_id=2~ Come back soon guys! 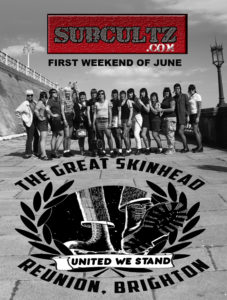 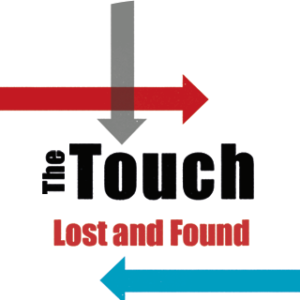