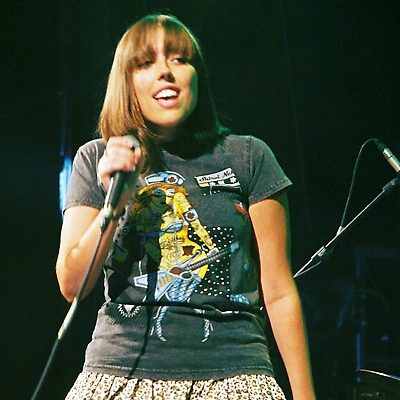 By Celeste BellCULTUREGAL-DEMMUSIC 21st May 2019

My mother is the late British punk icon Marianne Joan Elliott-Said, better known as Poly Styrene. Before I came into the picture, she had been a leading figure in the UK punk scene as the first woman of colour to lead a punk band, X-Ray Spex. And, she was one of the first black women in rock in the UK. I had known this but didn’t fully comprehend the extent of her role as the creative force behind the band’s success. That isn’t the version of her that features in all my earliest memories.

What I remember is the warmth of her lap, the late night baths in the kitchen sink and the songs she sang to me before I slept. So many songs. Some were borrowed, most were her own. There was rarely a moment when mum wasn’t singing, writing, or creating. At times I was jealous of her art. She would sit at her little desk channeling her creative energy, while I wondered where ‘mummy’ had gone. My nan would come to visit and tell her off for leaving me to my own devices. I was half dressed with unbrushed hair, causing chaos in the kitchen cupboards while my mother was lost in her own world. When I complained that I was bored, she sent me off with some paper and crayons, telling me boredom was merely the consequence of an unimaginative mind. Mum often struggled to reconcile her art with her duties as a mother, and sometimes I resented her lack of presence when she was in the zone. Creative people don’t always make the best parents.

But, when she died in 2011, shortly after being diagnosed with breast cancer that had already spread to her bones, I was inconsolable. As an only child, I was suddenly entrusted with my mother’s legacy. It was a position I had never imagined I would find myself in such a young age. I had boxes of her belongings that I was not ready to open. Alongside the boxes was a small vase containing her ashes, waiting to be scattered in India’s holy Yamuna river – as a devout Hare Krishna devotee, this was her only dying wish. It would take me several years to take the ashes to India. Even longer to open those boxes. Three years ago I began long the long process of archiving her artwork, lyrics, poems and diary entries. After so many years spent grieving the loss of my mother, this helped me to reconnect with her once again and discover a part of her life I had only known through stories, her life as Poly Styrene.

Through the archival process, I was able to piece together a snapshot of that artistically prolific period in her life. Not only did she write all the lyrics to the songs on the highly acclaimed album Germ-Free Adolescents, but she also created all the artwork for the band herself. This was a woman who took Punk’s DIY ethic to a level beyond that of most of her contemporaries, and she did it all as a working-class teenager whose formal education ended at the age of 15 when she dropped out of school and ran away from home.

My mother created X-Ray Spex as a musical vehicle for her alter-ego who she saw as a kind of plastic punky princess living in a dystopian future somewhat reminiscent of Huxley’s A Brave New World. She was inspired by postmodernism, science-fiction, and television advertisements. In songs such as ‘Genetic Engineering’, ‘The Day The World Turned Day Glo’ and ‘Arti-i-ficial’ she describes a synthetic, scientifically enhanced world where nature has retreated and consumerism is the state religion. An astute prophecy. While in others she is brashy. “Some people think little girls should be seen and not heard. But I say… Oh Bondage! Up yours!” she sings in the now iconic punk single from 1977.

“After so many years spent grieving the loss of my mother, this helped me to reconnect with her once again and discover a part of her life I had only known through stories”

On my journey to memorialise her, I have co-authored Dayglo: The Poly Styrene Story alongside writer Zoe Howe, which was published by Omnibus Press last month. Originally intended as a coffee table style art-book to showcase my mother’s visual artwork and writings, it has evolved into the definitive story of her life and work. Shortly after embarking on the book project we joined forces with Invisible Britain director Paul Sng on a documentary film, Poly Styrene: I am a Cliché.

As I reconstructed my view of who my mother was, it became clear that exhibiting her archive was the final piece of the jigsaw. Identity! A Poly Styrene Retrospective, which is currently showing, is the first exhibit of my mother’s work. It lays bear her status as a hugely significant yet under appreciated multidisciplinary artist. 198 Contemporary Arts and Learning is one of the only art spaces originally established to champion the work of African, Caribbean and Asian artists. And, the location was also significant as Brixton was where my mother had spent her formative years.

It took a year to plan and organise, but Mattie Loyce and I have put together an exciting program of events. I’m really looking forward to the Identity! Weekender on 1 June, which explores her legacy through panels and an evening of music curated by the DIY punks of colour festival Decolonise Fest. The program of events involves people who knew Poly, like Youth who produced her last album Generation Indigo. They’re joined by artists who found inspiration in her work such as Melodie Holiday, artist and lead singer of Art Trip and the Static Sound, and creatives who are continuing her DIY and radical legacy today like black feminist punk Big Joanie.

I am nowhere near the end of the journey I embarked on three years ago. The documentary project has taken a lot longer than I had initially envisaged. The stress of my first foray into filmmaking has at times had me questioning why I ever got myself into such an endeavour in the first place.

Ironically, now I understand the all-encompassing reality of trying to bring your creative ideas to life. Seeing my mother’s art exhibited in a gallery, art that had been lying in unopened boxes for so long, has been truly rewarding and therapeutic. The sense of achievement and overwhelmingly positive reactions to her work tells me that this journey has been worthwhile.

Identity! A Poly Styrene Retrospective will be exhibited at 198 Contemporary Arts and Learning until 7 June. Find out more here. 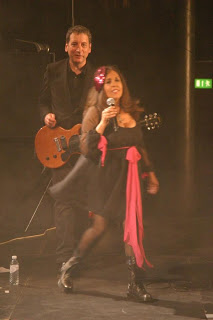 A statement on her official Twitter feed said: “We can confirm that the beautiful Poly Styrene, who has been a true fighter, won her battle on Monday evening to go to higher places.”

Singer Billy Bragg was among those who paid tribute, saying: “Punk without Poly Styrene and the X-Ray Spex wouldn’t have been the same.”

X-Ray Spex’s signature tune was Oh Bondage Up Yours!, a riotous rejection of social and gender norms that began with Poly Styrene’s spoken line: “Some people think little girls should be seen and not heard.”

Boy George – who once tried to break her out of the temple – wrote on Twitter: “I was a fan of Poly before I got to know her, she was a Krishna follower too, oh bless you Polly you will be missed! Legend!”

“She wouldn’t kow-tow to even what the punk fashions should be, I think that’s what that song is about,” he told BBC 6 Music.

“I did see her not that long ago so it’s sad. Again, somebody from the punk rock scene has died far too young and it’s a loss.”

Billy Bragg told the radio station that Oh Bondage Up Yours! was a “slap in the face” to male punk bands and rock journalists.

“It’s always hard for women in rock music but it was particularly hard in the 70s,” he said. “I think she cut right through that. The work that she did and the things that she produced always stayed true to that original spirit of punk.”

TV presenter Jonathan Ross said his first concert was an X-Ray Spex gig, adding that the singer had “changed lives”.

“I know I’ll probably be remembered for Oh Bondage Up Yours!” she told 6 Music last month. “I’d like to remembered for something a bit more spiritual.”

What was I thinking, the day I decided to get involved with Punk Rock. My youth was way behind me, long gone were the days when I thought we were going to change the world. Call it a mid life crisis, or just plain madness, but I would like to think it was more the desire to preserve and celebrate a time in British culture and music.I had been away, become a father, worked for many years as a television actor, seen the world, discovered foreign cultures and philosophy. I didn’t need a pair of doc martins to define myself.Whether it was because I had often played skinhead roles on television shows, the bond I had with my friends, the memories of punks queuing up outside the town hall when I was a kid to see our local band the Xtraverts. The Clash at Brixton, Madness in Hammersmith Odeon, The fact Gavin Watson had made a living from photographs of my friends and me, or the TV documentaries I took part in on the subject. whatever it was, inside me was a belief which I discovered in my teenage years, which had kept me safe throughout my life. that said whoever you are, from where ever you come, you can get up there and do it. Punk Rock was a lot more than fashion and clothes, records and rock stars. It was a belief system, shared and loved by thousands.