VFM, the organisers behind The Isle of Wight International Scooter Rally have announced today (read the press release below) that the August Bank Holiday rally will be relocating for 2020. The main hub of the rally has been at Smallbrook Stadium for the last two decades but the redevelopment of the site and the granting of planning permission for a new multi-million-pound ice rink (to replace the perfectly good existing one located right in the heart of Ryde town) at the site means it’s no longer able to cope with the size of the rally.

It’s a positive move though, the rally will be held at Sandown Airport, located just 1.2 miles out of the pretty seaside town. The huge grass field site boasts plenty of room for campers (and camper vans etc), hardstanding for the trade area, a cafe, an aircraft hanger (which will be utilised as a northern soul room), there will also be a marquee for the main evening entertainment and the site will also have the best washing and shower facilities brought in for the weekend.

Moving to that side of the island (it’s just 6 miles from Smallbrook) will also mean there’s more chance of getting B&B or hotel accommodation, as long as you get in quickly. Get on to Booking.com as soon as you’ve read this, there’s also a Premier Inn in Sandown. Coaches will be laid on so rally goers can explore this ‘new’ town and still get back to site, although it is within walking distance.

We’ll bring you more information as we get it but hopefully, this move will get people excited for August Bank Holiday once again. It may still be the same little island across The Solent but it’s a whole new place for most of us to explore.Click here for the latest on Booking.com 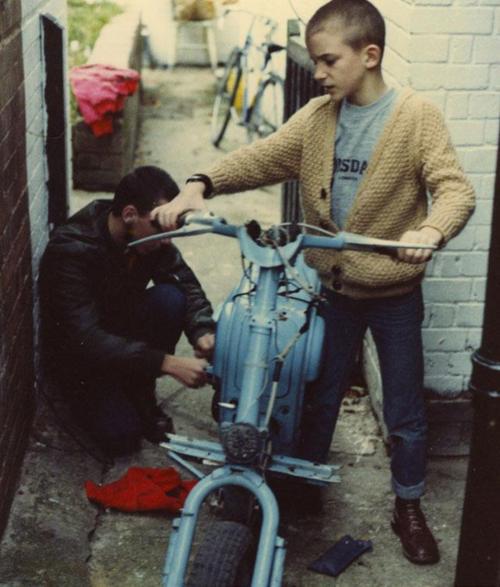 THESE fascinating pictures show a little-known youth tribe called Scooterboys, who roamed the country during the 80s and 90s.

The group was dubbed as “the lost tribe of British youth culture”, however tens of thousands of scooter riders insist they collectively rejected that label.

Interesting pictures reveal the freedom Scooterboys had 30 to 40 years ago, showing rallies taking place in Hampshire and Dorset.

The photographs are featured in Scooterboys: The Lost Tribe book, created by Martin “Sticky” Round.

The book paints a picture of what the youth tribe experienced in their customised Vespa and Lambretta scooters as they set off on adventures each weekend.

The book mentions the shared experiences of riots, local hostility and police harassment, which built strong fraternal bonds that lasted a lifetime.

Scooterboys were members of a 1960s mod subculture, who rode motor scooters and wore anoraks, wide jeans, and boots.

One recent photograph shows crowds of scooterists in the Isle of Wight, while another takes you back to  the 1970s and shows how the youth tribe compared to today.