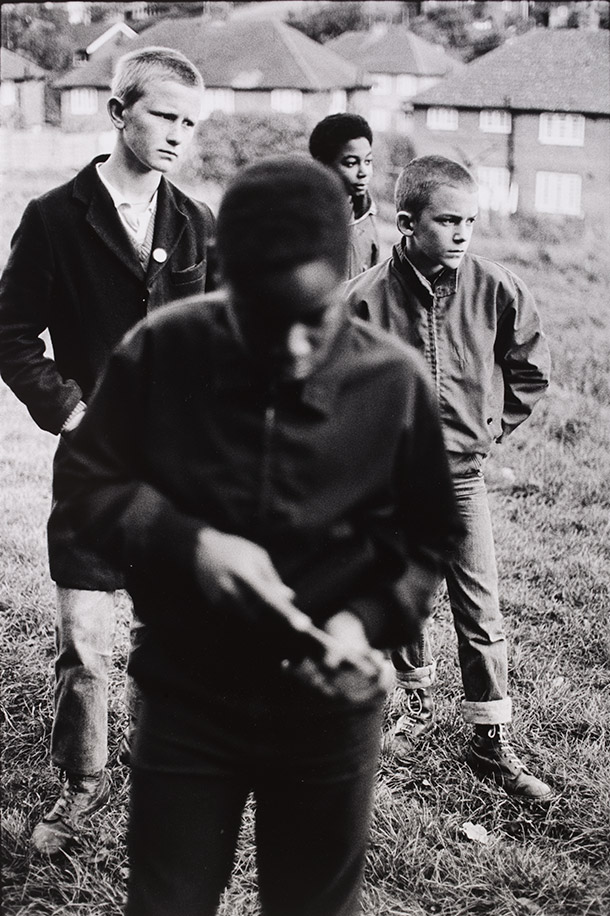 Gavin Watson was born in London in 1965 and grew up on a council estate in High Wycombe, Buckinghamshire. He bought a Hanimex camera from Woolworths in his early teens and began to take photographs. Upon leaving school at the age of sixteen, Watson moved back to London and became a darkroom assistant at Camera Press. He continued to photograph his younger brother Neville and their group of skinhead friends in High Wycombe.

The ‘Wycombe Skins’ were part of the working-class skinhead subculture brought together by a love of ska music and fashion. Although skinhead style had become associated with the right-wing extremism of political groups like the National Front in the 1970s, Watson’s photographs document a time and place where the subculture was racially mixed and inclusive. His photographs were published in the books Skins (1994) and Skins and Punks  (2008), and the director Shane Meadows cited them as an inspiration for his film This is England (2006). In 2011 and 2012 Watson photographed campaigns for Dr Martens and began a project with the singer Plan B.