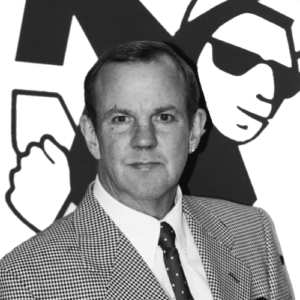 Mods Of Your Generation Interview – Gary Shail – 40th Anniversary Of Quadrophenia MODS OF YOUR GENERATION·WEDNESDAY, 10 APRIL 2019

It is a massive pleasure & honour to feature an interview with English actor, director, producer and musician Gary Shail on “Mods Of Your generation”. Best known for his role as “Spider” in the iconic cult movie Quadrophenia that many of us still admire and talk about today. This year (2019) marks the 40th anniversary of the film which is a massive milestone for everyone involved. The fact that its still talked about today makes it even all the more great. Gary is a great guy who has attended a lot of events over the years in aid to raise money for charity. We asked Gary about his own event coming up called QUAD 40 and about his career and experiences filming Quadrophenia & Jack the Ripper. We also discussed his book “ I think I’m on the guest list” published in 2015 and his Christmas song “ Modding up my Christmas list ” (2017) and more. Gary has done a variety of interviews throughout the years so it was difficult to ask him questions that he hadn’t been asked before, however I hope you enjoy the interview as much as we enjoyed asking the questions. Make sure not to miss out on the anniversary celebration of the movie on Brighton Pier August 25th 2019 for more information go to www.quad40.co.uk#ModsOfYourGeneration

(1) I have heard you are a huge fan of the Regents a four-piece band based in Essex heavily influenced by the original mod spirt of 1964. Are there any other new bands influenced by the mod scene who you are also a fan of? Yes I’m a big fan of ‘The Regents.’ I’ve known Sea Jays the lead singer since he was 16yrs old and he definitely has the right attitude. Mind you, he has always had the right attitude! Another young band I am really impressed with are ‘The Lapels’ who I saw play in Derby at a MOTM event the year before last. They completely blew the roof off the place, and nobody wanted to go on after them! The drummer was only 14yrs old at the time I think, and I watched them play with his mum! (2) You were just 18 when you were cast to play spider in Quadrophenia. I am sure you have been asked this many times before but did you think Quadrophenia would become the phenomenon it is today at the time of filming.  Of course I didn’t know that I’d still be being asked questions about a film I was in 40yrs ago, but, I think we all knew at the time that it was definitely something special (3) On Christmas 2017 you released a song called “Modding up your Christmas list” to become number one. Have you any plans to do this again in the future. “Very catchy tune by the way LOVED IT” HAHAHAHA..My Mod Xmas Song? Well, I actually got a hell of a lot of flak for doing that by certain people who shall remain permanently nameless. But it was great fun to do, and a lot of people loved it, especially the kids. I had people sending me videos of their children doing dance routines in their living rooms, which was brilliant! But no, I don’t think I’ll be the next Cliff Richard.

Modding Up My Christmas List- 2017 (Official Video) (4) You have been involved in many MOD and Quadrophenia events over the years. Is this something you enjoy being part of and do you have any memorable moments from any of the events that stand out. Yes I do enjoy all the events I get asked to. Over the years I must have met thousands of people who love Quadrophenia, and it’s always a great feeling when my presence can actually help to raise money for a worthy cause. Some of the funniest memories I have are probably un-printable, but trying to get a kebab in Stoke at three in the morning with Alan May (The Glory Boy Radio Show) doing Withnail & I impersonations sticks firmly in my memory! (5) Your character in Quadrophenia had many memorable quotes in the film. What is the one that fans mention the most? Always the one about getting a gun!  (6) Your book “I think I’m on the guest list” published by New Haven publishing LTD in 2015 was highly regarded and recommended. I found the book to be a very funny memoir of your life and the extraordinary people you have worked with and met throughout your career. Can your briefly describe the book to someone who has not yet read it. The book was actually written because of Gary Holton (The Rocker who beats Spider up) Gary and I became really good mates after Quadrophenia, and actually formed a band together called ‘The Actors.’ But when Gary sadly died in 1985 I never spoke to the press or anyone else for that matter about it. Then I was contacted 30yrs later by someone who was writing a book about him and wanted a contribution from me. I wanted to put the record straight about a few things, so I agreed. The publishers of the book loved what I’d written, so I was offered a publishing deal for my own story. I thought I’d better do it myself before I was dead and some other twat was ‘putting things straight’ about me! It’s certainly not your average autobiography I think, and later on this year I will be doing an Audio Version with a soundtrack, which will be totally different to anything you’ve ever heard I hope.

(7) Many fans of Quadrophenia have expressed an interest in a follow up to the film. Is this something that you would support? or like myself do you feel it is best left alone. There has always been talk of a “follow up” But I can’t see that ever happening. It’s always interesting to hear some of the Ideas of what our characters would have been doing in later life though. I think Spider would’ve become a hit-man for Ferdy’s drugs cartel!

(8) You are a huge fan of Trojan records, what is your favourite track, album or artist under the Trojan label. Yes I grew up with the Trojan record label, and one of the first artists I remember driving my parents mad with was Desmond Dekker. But I’ve always loved reggae and had a very respectable collection of Jamaican Pre- Releases by the tender age of 13. Last November, I was proudly invited by Neville and Christine Staple to their 50th Trojan Anniversary weekend at ‘Skamouth’ In Great Yarmouth where I actually met ‘The Pioneers’ who were about 100yrs old. They could still cut it though!  (9) This year (2019) marks the 40th anniversary of Quadrophenia (film). To celebrate this, you have organised, and event called Quad 40 in Brighton on the 25th of August 2019. Tell us a little bit about what to expect from the event and where fans can buy tickets. It’s actually on the 25th August Johnny! Yes I have hired Horatios Bar on Brighton Pier from 12 noon ‘till midnight on Sunday the 25th August. And I can tell you now that I never thought I had this much bottle to actually try and pull something like this off. It’s a logistical fu**ing nightmare, but I’m actually really enjoying it. I’ve spoken to almost all of the other cast members of Quad who have all promised to attend (work permitting) but trying to get us all in the same country together is hard enough, let alone on a bleedin’ pier! On that morning before the actual party, Quadrophenia is being honoured with ‘The Brighton Music Walk Of Fame Plaque’ to be unveiled at the pier entrance, so it would be great if there were a few mods about. Tickets and details available at www.quad40.co.uk

(10) A question received by Jimmy Hemstead follower of Mods of Your Generation and Blogger at MOD TV UK “HI Gary in your younger days was you ever a mod and did you ever own a scooter, can you tell me when and how you got into acting and why please?” Hi Jimmy, love all your art-work by the way!No, I was far too young to be a mod; I was born in 1959, so I was only 5yrs old in 64 and the only scooter I owned was made by ‘Chad Valley.’I never had any ambitions to become a professional actor at all when I was a youngster, but somehow found my way into drama school at the age of 12, thanks to my parents and a couple of Comprehensive High School Teachers who probably just wanted me just out of the way!Quadrophenia was my first professional job when I left. (11) Do you have any plans to release more music, Books etc or what are you doing now that we can look forward to in the future? Yes, I will definitely be writing another book I think, but not part 2 of my autobiography, that would just be a bloody diary. It will probably be about my time working in the advertising industry in the 1990s. You think actors and musicians are crazy? They’ve got nothing on advertising people! Musically though, I never really stop. I had a solo album out last year called ‘Daze Like This’ (see below) which a lot of people liked, and I guested on ‘The Transmitters’ debut album which was great, although I hear that they have now split up. I’ve also recorded a couple of tracks with Steve ‘Smiley’ Barnard which are on his ‘Smiley’s Friends’ albums, and I’m back in the studio in a couple of months with ‘The Regents’ for their new album. I’m always writing though, and will hopefully record some of my own stuff probably next year now.

Title track from the album “Daze Like This” (12) Do you keep in touch with any of the main characters of Quadrophenia 40 years on? Yes, I see quite a lot of Trevor Laird (Ferdy) and I’ve recently been working with Toyah. Hopefully I’ll be seeing the others soon

(13) What do you regard as your biggest achievement in your career or what are you most proud of? I actually don’t think like that. Everything that keeps me off of the unemployed statistics is an achievement these days! I am extremely proud of my family though, and very recently became a granddad to a beautiful baby girl called Ellie May. I’m very proud about that! (14) In 1988 you appeared as the tough pimp “Billy White” in the tv series of “Jack the Ripper”. Sir Michael Caine also appeared in the series as Chief Inspector Frederick. Caine was a huge influence on British Culture in the 1960’s and referred to by many as a style icon.What was it like working with such an influential person in British pop culture? Making ‘Jack The Ripper’ in 1988 was like a dream come true, and working on a film with Sir Michael Caine was an experience I shall never forget. He was so interesting to watch, whilst he was working on camera, and I learnt a great deal from him. Everywhere you looked on that set there was something extraordinary going on in the acting stakes. Lewis Collins, Armand Assante, Susan George, Jane Seymour, Lysette Anthony, Ray McAnally, Hugh Fraser, Ken Bones etc etc.They were all giving it their all. I was just glad I gave it mine!

The Pyramids interview with Monty Neysmith

Jamaican producer and musician Harry Zephaniah Johnson, 67, credited with producing what is widely considered the first reggae single “No More Heartaches” by the vocal harmony trio The Beltones, passed away on Wednesday, April 3 in his Westmoreland, Jamaica birthplace,